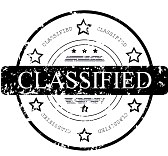 At approximately 2035 hours on March 8th, I met with Mr. Sunjay Patel at 85 Crystal Lane regarding a theft. I am acquainted with Mr. Patel through multiple cases (see case dockets 1213 and 1214) and he had contacted me directly at 2005 hours of the evening in question.

Mr. Patel indicated he had entered his home office at approximately 2000 hours and discovered that his office cabinet appeared to be tampered with and the lock was broken.

I conducted a survey of the cabinet and the premises. There were no signs of a break in into his place of residence, however there was evidence of sharp gouges around the inner opening of the key lock. The contents of the cabinet appeared to be in satisfactory condition. Mr. Patel was both highly nervous and agitated. Upon further questioning, Mr. Patel confided that he had been followed on several occasions and that a file folder was missing from the cabinet.

The folder pertains to the Collington case.

As the Collington case is currently under investigation with both state and national agencies, I contacted the case agents immediately and was advised that they will be contacting Mr. Patel directly on this matter.

As per agency instructions, this visit to Mr Patel has been duly recorded, closed and classified.
Home
Subscribe to: Posts (Atom)